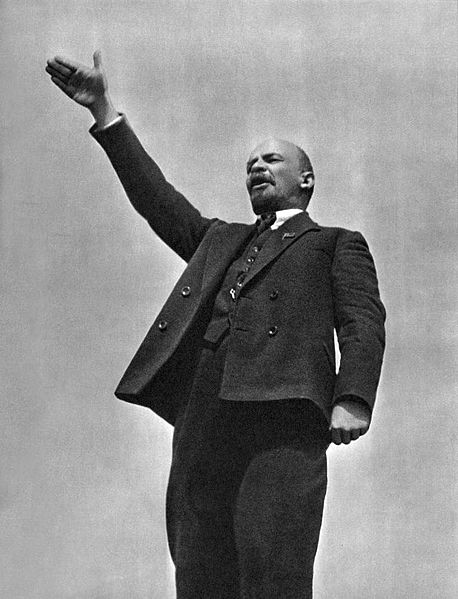 The photo of the Lenin the leader of the Bolsheviks, May 1, 1919. Source

There were two ruling parties that governed Russia for a couple of years. These were the Provisional Government and the Soviet. These people would make the decisions on what to do with Russia. These two parties had to agree to one another before the decisions was made. Russia had become a free country and people had the chance to finally be free from the oppression of the Tsar.

The people decided that the Duma or the Parliament should run the country. But some of them were too afraid to run it and left the city because they were afraid that someone would kill them. But there were people who stayed and agreed that they should for the temporary government or the Provisional Government before the people can vote for their rightful ruler.

They had two issues that they had to face when the two groups had begun governing the country. The first was the war against the German people. The other was what to do with the land in the countryside of Russia.

They thought it was still a good idea to continue to fight against the German people because it was almost impossible to make a peace with them without paying a heavy price. But as the war continued, an increasing amount of soldiers had slowly left their role and became deserters. The food and fuel for the people had slowly depleted and the resources of the country had slowly disappeared over time.

The peasants had thought that they could take the land that they wanted because the Tsar is gone. But with the ability to fight for land this will cause havoc in the countryside and the army will slowly diminish because it will cause most of them to go back to the countryside so that they can keep some land of their own. So the Provisional Government thought that it was a bad idea to give them the land that they wanted. But it was impossible to stop them because they were already taking land for themselves.